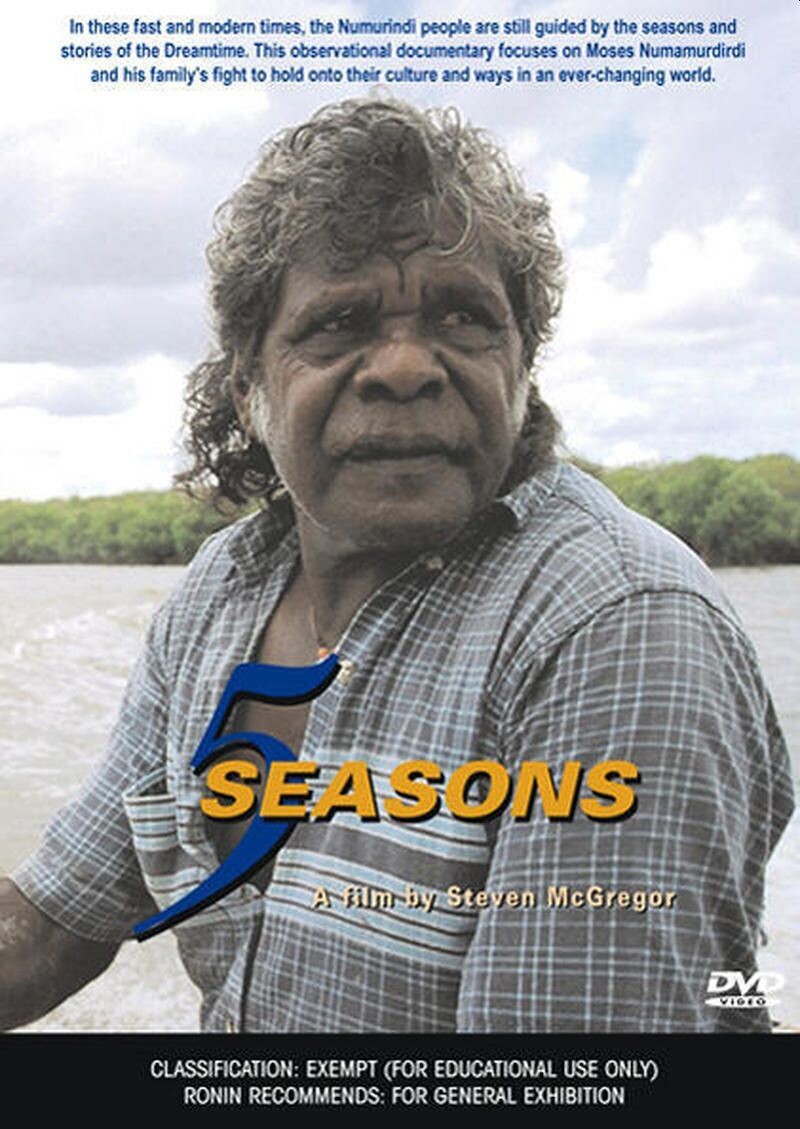 The Numurindi people have developed a culture where all things past and present, including the weather, are interrelated. This relationship extends to previous generations, together with the animal and plant kingdom. Five Seasons explores this intricate relationship through the eyes of the Numurindi people of South East Arnhemland in the Northern Territories Gulf of Carpentaria.

In this region of Australia, western society operates on two distinct seasons, the wet and the dry. The Numurindi people operate on a calendar that has five seasons. The seasons dictate what their country will provide for them; when the Pandanus nuts turn red and fall from the trees, it is the time that the sea turtles are laying their eggs which are a delicacy. Turtle eggs are a much favoured food source for the people.

Moses Numamurdirdi is a senior custodian for the region. He takes the viewer through the 12 months of the five seasons, from the vast dried-up flood plains where salt-water crocodiles perish due to lack of water, through to the spectacular thunderstorms which isolate the communities due to roads being cut off by the rising rivers.

Moses provides an insight into a way of life that is rarely accessible to western society. He is a provider of not only food for his community but also strong cultural leadership. He combines his knowledge of the land and culture with the benefits of the modern world such as the 4WD drive and outboard motors for hunting turtle and dugong.

While enjoying the benefits of the modern world the Numurindi people are still guided by the seasons and the stories of the dreamtime. This spiritual connection resonates throughout the documentary, giving the audience an evocative entrance to the worlds oldest living culture.