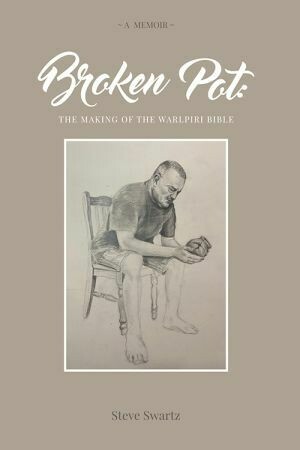 Broken Pot: The Making of the Warlpiri Bible, A Memoir by Steve Swartz

What is it like for a young man from small-town Ohio to answer the call of God into mission work? What family, church and educational influences shaped this man into what he became?

How does one train to become a Bible translator? And how does one find a wife who will share the vision and a lifetime’s journey? What exactly did it take for the Warlpiri people of Central Australia to get the Bible in their language so that they too could read and hear the Gospel in their language?

That’s half of this story. The second half unfolds slowly for the couple from the very earliest years of their missionary service among the Warlpiri. Together, from the early 80s until the present day, Steve and Bev Swartz have survived his mental health frailties manifesting as suicidal depression and bipolar disorder. Even now, it’s one day at a time.

It is hoped that this memoir informs, educates, entertains and challenges the readers to not give up on what God has started. Moreover, it is sincerely hoped that fellow-suffers of the Black Dog and other forms of mental illness will come to realise that God has not abandoned them, that He can still use them to accomplish His purposes, and there is help for them even in the darkness.

Steve Swartz and his wife Bev came to Australia in 1977 as members of Wycliffe Bible Translators. They lived and worked among the Warlpiri people at the very remote community of Lajamanu, Northern Territory from 1978-1968. Bev and Steve moved to Alice Springs with their three children in 1989 and are now happily semi-retired.