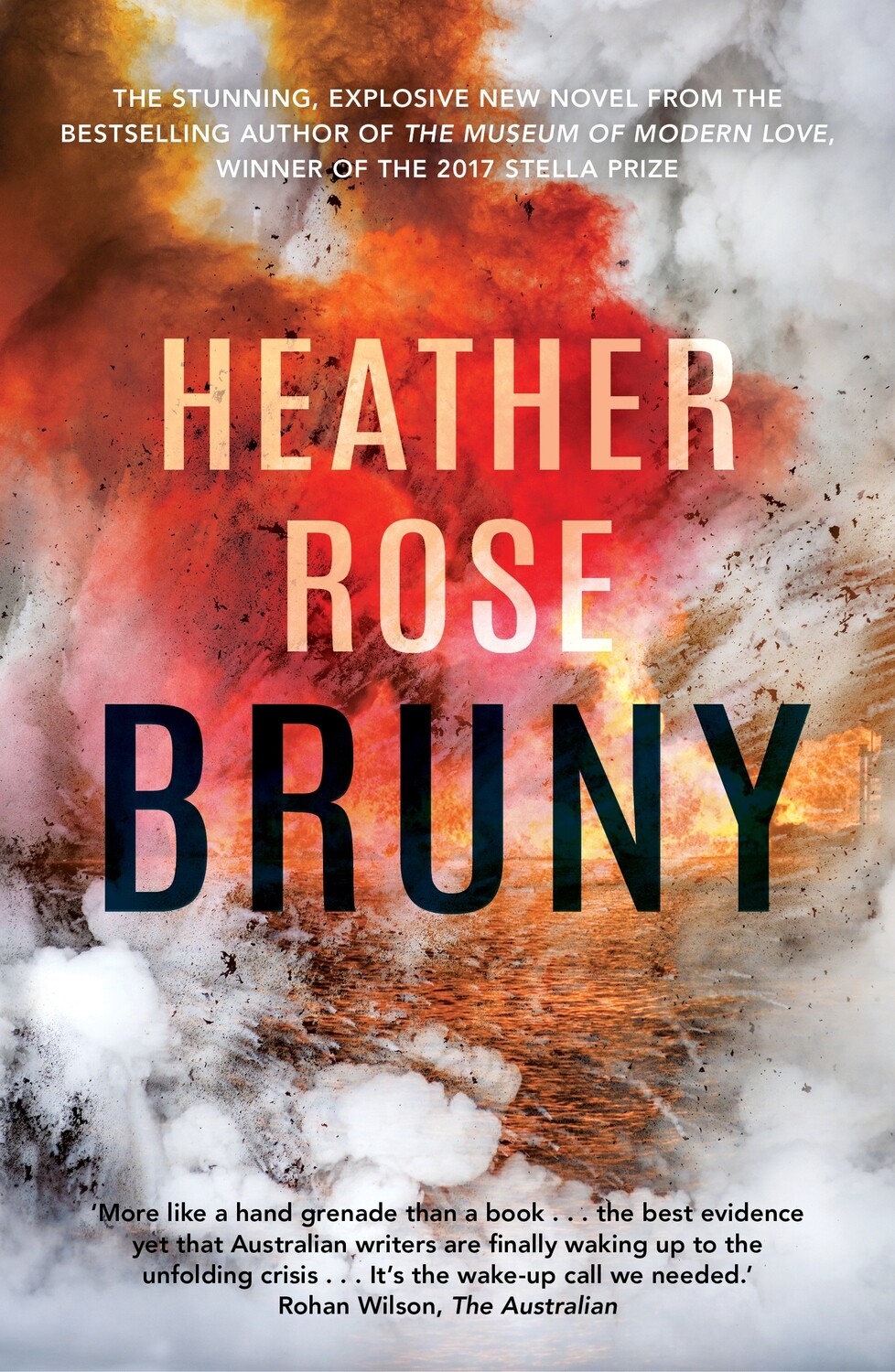 SKU 9781760875169
AU$33.00
In stock
1
Product Details
Heather Rose is the Australian author of eight novels. Her seventh novel The Museum of Modern Love won the 2017 Stella Prize. It also won the 2017 Christina Stead Prize and the 2017 Margaret Scott Prize. It has been published internationally and translated into numerous languages. Both The Museum of Modern Love and The Butterfly Man were longlisted for the International Dublin Literary Award. The Butterfly Man won the Davitt Award in 2006, and in 2007 The River Wife won the international Varuna Eleanor Dark Fellowship. Heather writes with Danielle Wood under the pen-name Angelica Banks and their Tuesday McGillycuddy children's series has twice been shortlisted for the Aurealis Awards for best children's fantasy. Angelica Banks is also published internationally. Heather lives by the sea in Tasmania.

The brilliant and explosive new novel from the author of the award-winning The Museum of Modern Love.

Why is a massive bridge being built to connect the sleepy island of Bruny with the mainland of Tasmania? And why have terrorists blown it up?

When the Bruny bridge is bombed, UN troubleshooter Astrid Coleman agrees to return home to help her brother before an upcoming election. But this is no simple task. Her brother and sister are on either side of politics, the community is full of conspiracy theories, her mother is fading and her father is quoting Shakespeare. Only on Bruny does the world seem sane. Until Astrid discovers how far the government is willing to go.

Bruny is a searing, subversive novel about family, love, loyalty and the new world order. It is a gripping thriller with a jaw-dropping twist, a love story, a cry from the heart and a fiercely entertaining and crucial work of imagination that asks the burning question: what would you do to protect the place you love?

Praise for The Museum of Modern Love:

'A glorious novel, meditative and special in a way that defies easy articulation.' Hannah Kent, author of Burial Rites