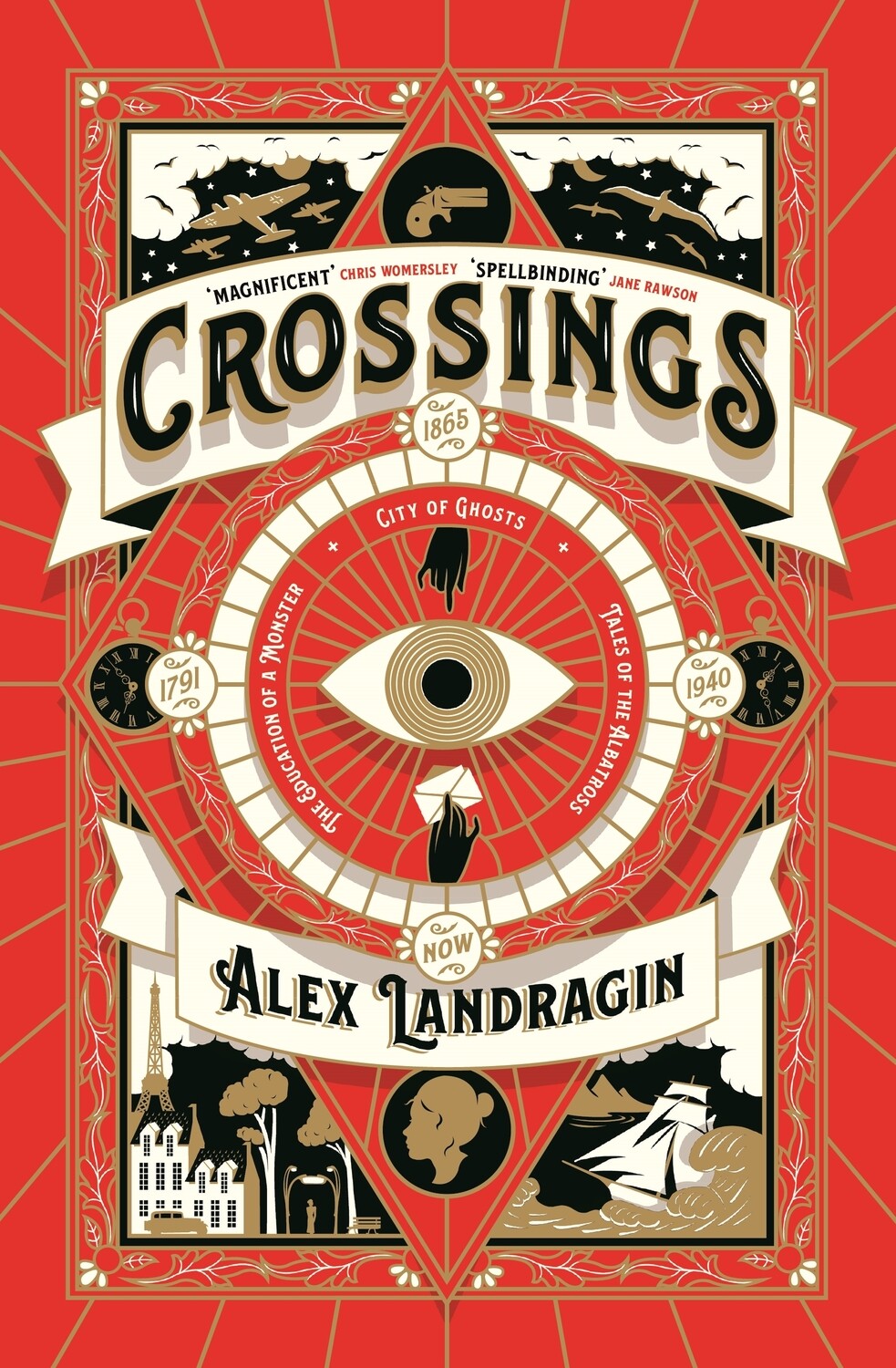 Crossings by by Alex Landragin

A Parisian bookbinder stumbles across a manuscript containing three stories, each as unlikely as the other.

The first, 'The Education of a Monster', is a letter penned by the poet Charles Baudelaire to an illiterate girl. The second, 'City of Ghosts', is a noir romance set in Paris in 1940 as the Germans are invading. The third, 'Tales of the Albatross', is the strangest of the three: the autobiography of a deathless enchantress. Together, they tell the tale of two lost souls peregrinating through time.

An unforgettable tour de force with echoes of Roberto Bolaño, David Mitchell and Umberto Eco, Crossings is a novel in three parts, designed to be read in two different directions, spanning a hundred and fifty years and seven lifetimes.

'The style is in the tradition of storytelling of old, where tales are told rather than shown, and somewhat like Scheherazade (who is referenced in the book) the reader is seduced by the telling.' Readings

'Just as the dolls fit into one another, Crossingsall makes sense at the end, neatly and satisfactorily resolving its multiple narrative threads and possibilities with grace, attention todetail and emotional acuity. No matter which narrative path a readertakes, there is no sense of confusion or dissatisfaction, just a littlesadness at having to farewell such a fine book.' Sydney Morning Herald