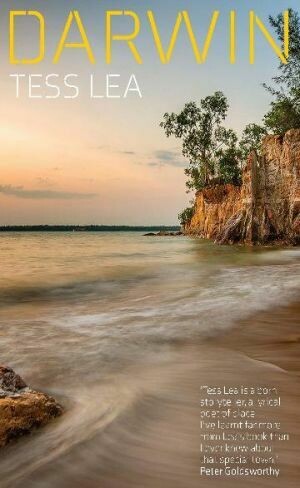 Darwin is a survivor, you have to give it that. Razed to the ground four times in its short history, it has picked itself up out of the debris to not only rebuild but grow …

Darwin has known catastrophes and resurrections; it has endured misconceived projects and birthed visionaries. To know Darwin, to know its soul, you have to listen to it, soak in it, taste it. This is a book about the textures, colours, sounds and frontier stories of Darwin, Australia's smallest and least-known capital city. Darwin is a place that has to be felt to be known.

Readers will sense the heat, smell the odours, hear the birds and the frogs, encounter the mosquitoes, fathom racial politics and learn how the moon-base that is Darwin is kept alive. They will understand that Darwin is a military garrison and a portal into Australia's possible futures.

In a new postscript, Tess Lea suggests how Darwin might deliver lessons for living under the climatically assaulting and culturally uncomfortable times of the Anthropocene. '…great insight and vivid descriptions.' — Margaret Smith, The Canberra Times