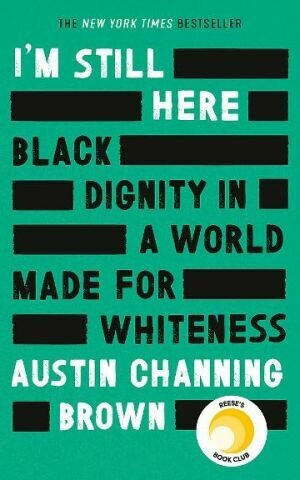 This book is my story about growing up in a Black girl's body. It's about surviving in a world not made for me.

'Austin Channing Brown is a leading new voice on racial justice' LAYLA SAAD, author of ME AND WHITE SUPREMACY

Austin Channing Brown's first encounter with a racialized America came at age seven, when she discovered her parents named her Austin to deceive future employers into thinking she was a white man. Growing up in majority-white schools and churches, Austin writes, 'I had to learn what it means to love Blackness,' a journey that led to a lifetime spent navigating America's racial divide as a writer, speaker and expert helping organisations practice genuine inclusion.

In a time when nearly every institution (schools, churches, universities, businesses) claims to value diversity in its mission statement, Austin writes in breathtaking detail about her journey to self-worth and the pitfalls that kill our attempts at racial justice. Her stories bear witness to the complexity of America's social fabric and invite the reader to confront apathy, recognise God's ongoing work in the world and discover how Blackness-if we let it-can save us all.

'Austin Channing Brown introduces herself as a master memoirist. This book will break open hearts and minds. It's an example of how one woman can change the world by telling the truth about her life with unflinching, relentless courage' GLENNON DOYLE

'Most people say, "that books has legs"; I measure the impact of a book by how often I throw it across the room. [Austin's book] has serious wings. It broke me open' BRENE BROWN