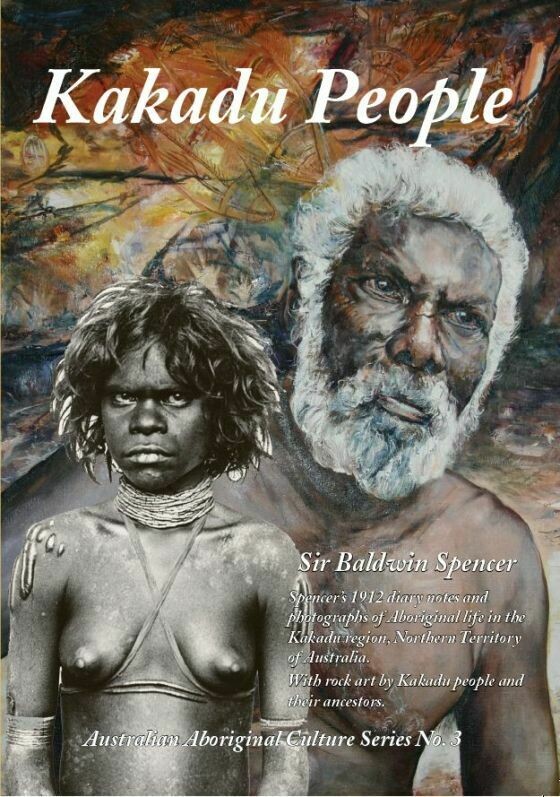 Kakadu people (also spelt Gagudju) were a tribe – or language group – of Australian Aborigines living along the East Alligator River when Baldwin Spencer visited that part of the Northern Territory of Australia in 1912.

Sir Walter Baldwin Spencer (1860-1929) was professor of biology at the University of Melbourne when he was appointed Chief Protector of Aborigines for the Northern Territory, to be based in Darwin. This book contains his diary notes, photographs and sketches compiled while conducting field work in the East Alligator River region.

In Part One, Spencer describes his work in Darwin as Chief Protector of the Aborigines, recounting how Aboriginal people were perceived as needing protection from the European, Chinese and Malay populations living in the Northern Territory. Although not directly relating to Kakadu people, this section of Spencer's writing is important historically, setting the scene for life as it was when he visited the Kakadu people.

In Part Two, Spencer meets Paddy Cahill at Oenpelli (now known as Gunbalanya) near the East Alligator River, staying from June 20th to August 8th 1912. While there, he makes extensive notes about Aboriginal life, takes photographs, and collects Aboriginal artefacts and animal specimens for the National Museum in Melbourne.

Spencer writes, "the Kakadu is one of a group, or nation, of tribes inhabiting an unknown extent of country, including that drained by the Alligator Rivers, the Coburg [Cobourg] Peninsula, and the coastal district, at all events as far west as Finke Bay... For this nation, I propose the name Kakadu, after that of the tribe of which we know most." The term Kakadu People is used by him in his 1928 two-volume set, Wanderings in Wild Australia, which records his time on the East Alligator River in 1912. Most of the text in Parts One and Two is taken from this.

In Part Three, additional material regarding the Kakadu and the nearby Iwaidja (Spencer spelt both Iwaidja and Iwaidji), Umoriu, Geimbio and Kulunglutji tribes is taken from Spencer's 1914 work, Native Tribes of the Northern Territory of Australia. His research material, with expanded details about the five most important ceremonies, is included here.