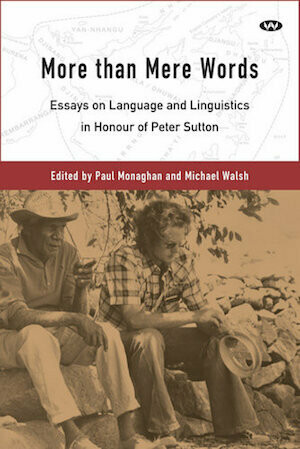 Peter Sutton has been at various times, and sometimes simultaneously, a museum-based anthropologist with a foundational role in raising the profile of Australian Indigenous art, an anthropologist and linguist who has made significant ethnographic, analytical and theoretical contributions to both fields, and to the intersection between them, an expert on native title, and a public intellectual.

There follows a section on language as a reflection of connection to place, and then a set of essays on language in its socio-cultural contexts, spanning prehistory to the present.

The final part of the book charts the consequences of the colonial encounter through a consideration of language endangerment. The volume's title captures both the complexity of languages as systems embedded in their social contexts through space and time, and a sense that this celebration of Peter's life and career cannot simply be read as 'mere words'.