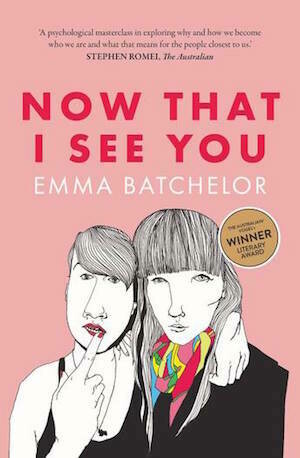 Now That I See You by Emma Batchelor

The winner of the prestigious The Australian/Vogel's Literary Award.

In those first moments, that admission felt precious to me: it was something that I alone had been deemed worthy enough to carry and I was grateful. I was grateful to finally know, but I still couldn't speak.
Something was wrong, she knew it, but she was entirely unprepared for what he would tell her.
Viewed through the lens of a relationship breakdown after one partner discloses to the other that they are transgender, this autofiction spans eighteen months: from the moments of first discovery, through the eventual disintegration of their partnership, to the new beginnings of independence.
In diaries and letters, Now That I See You unfolds a love story that, while often messy and uncomfortable, is a poignant and personal exploration of identity, gender, love and grief.
'An insightful novel . . . absorbing page-turner from the start.' Hsu-Ming Teo, previous winner of The Australian/Vogel's Literary Award for Love and Vertigo