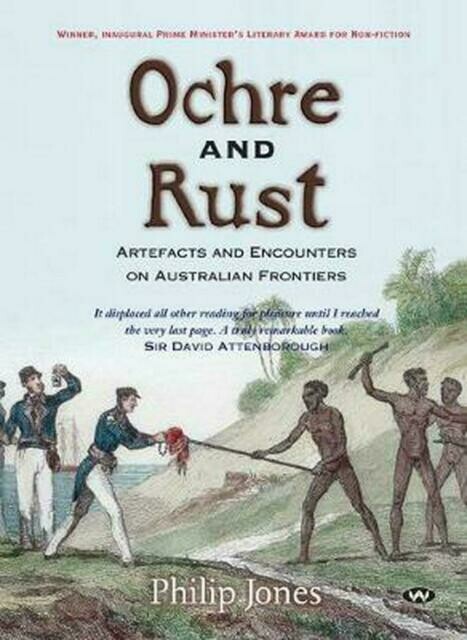 Ochre and Rust takes nine Aboriginal and colonial artefacts from their museum shelves, and positions them at the centre of these gripping, poignant tales set in the heart of Australia's frontier zone. Philip Jones is a curator and historian, based at the South Australian Museum.

Winner of the 2008 Prime Minister's Literary Award for Non-Fiction

'This is a beautiful book. ... Wakefield Press' overall design, high quality paper, appealing lay-out, plus the numerous, well-reproduced and integrated illustrations and attractive cover, make for an experience that is aesthetic as well as intellectual. This befits the topic: a study of artefacts and encounters on a variety of Australian frontiers. ... This book contains some finely realised prose and elegantly told stories ...' - Ann McGrath, Aboriginal History

Philip Jones is an author and historian based at the South Australian Museum, where he undertakes research on Aboriginal art, history and material culture, and on anthropological, photographic and expeditionary history. He has undertaken fieldwork with Aboriginal people in the Simpson Desert region and, more recently, with Warlpiri people of Yuendumu. His landmark book, Ochre and Rust: Artefacts and encounters on Australian frontiers, won the 2008 Prime Minister's Literary Award for Non-fiction. He has an abiding interest in unlocking the histories of objects and their collectors.