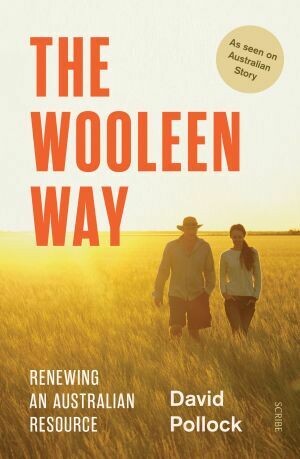 A remarkable memoir detailing a heroic and unswerving commitment to renew the severely degraded land on Wooleen, a massive pastoral property in Western Australia's southern rangelands.

The outback conjures many images that the Australian psyche is built upon. Its grand vistas of sweeping dusty plains and its evocation of a tough pioneering spirit form the foundation of our prosperous culture. But these romantic visions often hide the stark environmental, economic, and social problems that have inadvertently been left in the wake of our collective past.

Through retelling the struggle of his family amid droughts, financial ruin, depression, and death, David Pollock exposes the modern-day realities of managing a remote outback station. Forced by a sense of moral responsibility, he set out on an uncharted course to restore the 153,000 hectares of degraded leasehold land that he felt he was obliged to manage on behalf of the Australian people. Then, just at the point when that course seemed certain to fail, the project was saved by the generosity and faith of everyday Australians.
This is an urgent story of political irresponsibility, bureaucratic obstinacy, industrial monopolisation, and, above all, ecological illiteracy in a vast segment of the Australian continent. It is a familiar story of overexploitation. Yet it is also a story of the extraordinary ability of the natural environment to repair itself, given the chance.

After over a decade of his hard-won insights, Pollock outlines in The Wooleen Way a specific and comprehensive plan to reverse the ecological damage done to the pastoral resource since European colonisation. He also emphasises the economic and social necessity of carrying it out, and of curbing the conquering human spirit so that it aligns with the subtle power of the natural landscape.