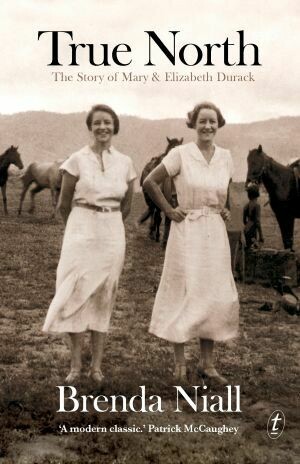 True North: The Story of Mary and Elizabeth Durack by Brenda Niall

Growing up in suburban Perth in the 1920s, the two Durack girls were fascinated by tales of the pioneering past of their father and grandfather overlanding from Queensland in the 1880s and setting up four vast cattle stations in the remote north.

A year spent together on the stations in their early twenties ignited in the sisters a lifelong love of the Kimberley, along with a growing unease about the situation of the Aboriginal people employed there. Through war, love affairs, children and eventual old age, the Duracks continued to write and paint – their closely intertwined creative lives always shaped by the enduring power of the Kimberley region.

With unprecedented access to hundreds of private family letters, unpublished memoirs, diaries and family papers, Brenda Niall gets to the heart of a uniquely Australian story that spans the twentieth century.