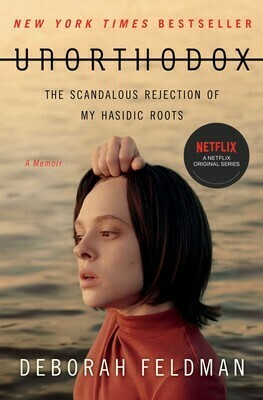 Unorthodox The Scandalous Rejection of My Hasidic Roots

As a member of the strictly religious Satmar sect of Hasidic Judaism,

Deborah Feldman grew up under a code of relentlessly enforced customs

speak to what she was allowed to read. Yet in spite of her repressive

upbringing, Deborah grew into an independent-minded young woman whose

stolen moments reading about the empowered literary characters of Jane

life among the skyscrapers of Manhattan. Trapped as a teenager in a

sexually and emotionally dysfunctional marriage to a man she barely

knew, the tension between Deborah’s desires and her responsibilities as a

and realized that, regardless of the obstacles, she would have to forge a

path—for herself and her son—to happiness and freedom.